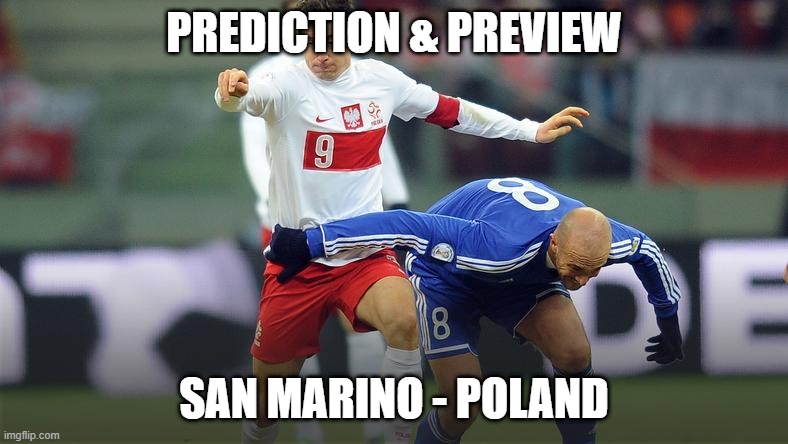 There are games where everything depends only on one team and the next match of the Polish national team is also such a match. For the unfamiliar – it is of course about the away match with San Marino.

There is no one to be underestimated, but let’s face it – we have a match in which the goal is not to win – the goal is to win high with as little effort as possible. The Poles did not impress with Albania, but it must be honestly admitted that they were very specific. Moreover, it turned out once again how much Robert Lewandowski means to us. There is no need to hide that it is difficult to judge what we saw in the game with Albania. On the one hand, 4 goals are a reason to be proud, and on the other hand, Poland fired only 6 shots (Albania 12). It seems that in terms of the rematch with Albania, England or Hungary, this is something disturbing. I also believe that San Marino should be defeated by Poland with any squad, regardless of the form. Any other decision is something unbelievable to me.

The lineup in San Marino is an interesting topic in general. Probably many fans want us to spare players (especially Lewandowski) for England. We do not know what Sousa is planning, but it can be assumed that a revolution is unlikely to happen. It also seems very likely that some of the players will not play full-time. If that is the case, we should see a lot of goals. In addition, there are players who will definitely want to prove something to the coach. This is quite important in the context of my type, because with a large imbalance in skill, there can be a distraction. In my opinion, we will see at least 6 goals on Sunday.