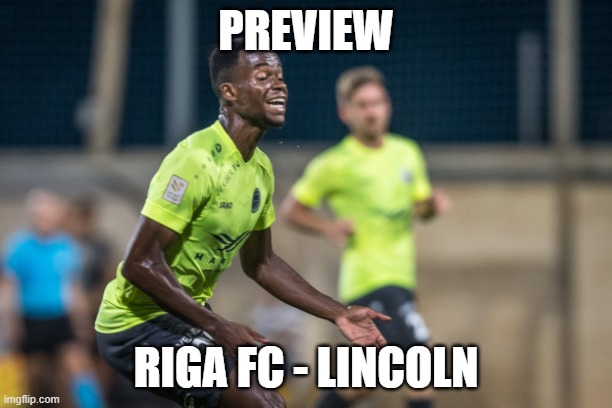 The creation of the League of European Conferences is perceived in many ways and it is not surprising. On the one hand, we have a new cup, and on the other hand, it is only 16 places more. In addition, one cannot forget the path that the national champions are taking.

Just look at Latvian Riga FC and Gibraltar Lincoln – one of these teams will play in the group stage of the European Conference League. It may sound abstract, but these are the facts. In addition, it is about a match for which it is worth looking for an attractive course. The favorite is of course Riga, but it must be made clear that we cannot rule out a surprise.

Lincoln recently faced Slovan Bratislava (Europa League qualifiers) and was eliminated 4-2 on aggregate. It is also worth emphasizing that it started with a 3: 1 defeat at home. The Gibraltar team can really scare the theoretically more dangerous team. It’s also good to return to the Champions League qualifying – first they won 7-2 in aggregate against Luxembourg Fola, and then a 4-1 defeat against Romanian Cluj.

Riga FC said goodbye to the Champions League very quickly, but it must be admitted that it was a 2-1 defeat to the favored Malmö FF. Then we had the European Conference League and Shkendija. Riga won the tie 3-0 and thus reported in the next elimination round. In the round where the Maltese Hibernians caused huge problems – a goal in extra time allowed for a 2: 2 draw and extra time. In extra time, however, Riga turned out to be much better – the Latvian team scored two goals and advanced to the next phase.

Riga FC and Lincoln are teams that do not arouse great emotions, but does that mean you should expect a boring spectacle? The game can go in different ways and it is unlikely that we can talk about good defenses of both teams. My tip is over 2.5 goals in the match. Odds 1.79 (Betclic)