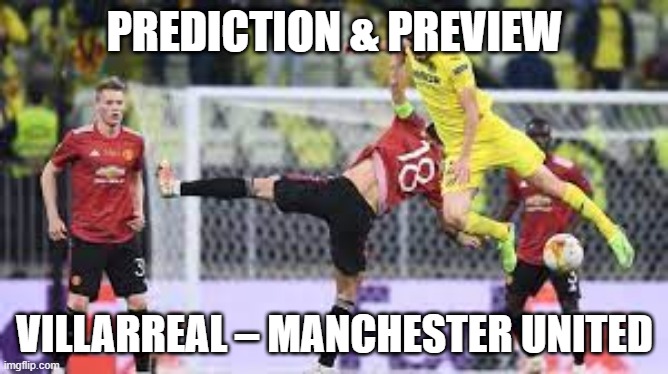 On Wednesday at 21:00 we will have a rematch for the last Europa League final – Manchester United will play at their own Villareal stadium. Emotions in this meeting should not be missing.

Favorite of the hosts

According to the bookmakers, we should see the hosts win, but the situation is not as simple as it may seem. First of all, it should be emphasized what happened in the first round – Manchester sensationally lost to Young Boys Bern. This result means that we can talk about enormous pressure – if Manchester could lose to Young Boys Bern, then Villareal or Atalanta are definitely not in a lost position. There is also no secret that things are going badly in the English club – for example, the last league round (the match at home against Aston Villa ended with a 1-0 defeat). Nevertheless, we must remember about Cristiano Ronaldo – Ronaldo is one of the few players who can tip the scales in favor of his own team. He is a player who needs to be watched every second of the game – leaving a Portuguese unattended can result in a goal in no time.

On the other hand, Villareal is a team that can stand up to a theoretically stronger team. There is no shortage of evidence for this – it is enough to take into account the match for the European Super Cup (1-1 with Chelsea and the defeat in penalties) or the last league round (0-0 with Real Madrid). You can also say that we are talking about a team that is aware of its shortcomings – I would not count on an open meeting.

Manchester should take the lead, but the advantage does not necessarily translate into goals. In addition, there is always the risk of dangerous counterattacks from the guests, so the hosts cannot attack without memory. In my opinion, there are many indications that we will not see many goals.