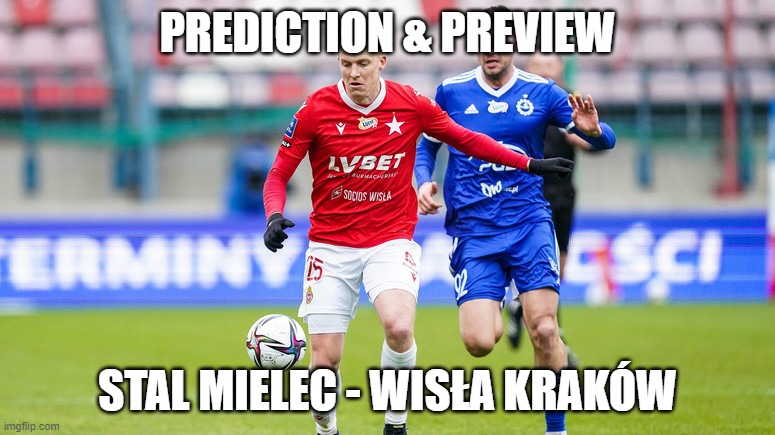 It can be assumed that the vast majority of us remember the times when Wisła Kraków was among the national leaders. The last few years have been a lot of difficulties, but it seems that fans have a right to be moderately optimistic. Nevertheless, it must be remembered that returning to the glory years is never an easy task.

The ambiguous beginning and the troubles of Stal

The beginning of the season by Wisła is a summation of various events – it started with a high victory with Zagłębie, then we had a lucky draw in Nieciecza and at the end we had a painful defeat with Raków. Painful because the opponent scored goals when he was weakened. When the Vistula lead is added to this, we can talk about lost points. On the other hand, maybe this is just a summary of the stage at which the club is located? On the one hand, there is an improvement, but on the other hand, there is a clear signal that there is a lot of work ahead.

The next meeting is the away clash with Stal. Steel, which last season defended itself until the end of relegation (only one team fell). Some may say that the new season brings new hopes, but at the moment it is difficult for the fans of the team from Mielec to be optimistic. Anyway, it is enough to look at the table – the Mielcz inhabitants have one point scored in Nieciecza. The failure of the hosts may mean that a lot will happen in Stal – it’s high time to add something to the point scored for the inauguration. The defeat of Wisła can also have a huge impact on the mood.

It is not easy to predict how this clash will go, but it is possible that a safe game will dominate. When matches don’t go well, it is possible to get nervous and then style becomes meaningless. I believe that the best tip for this game is under 2.5 goals in the game. Odds 1.90 (Fortuna).