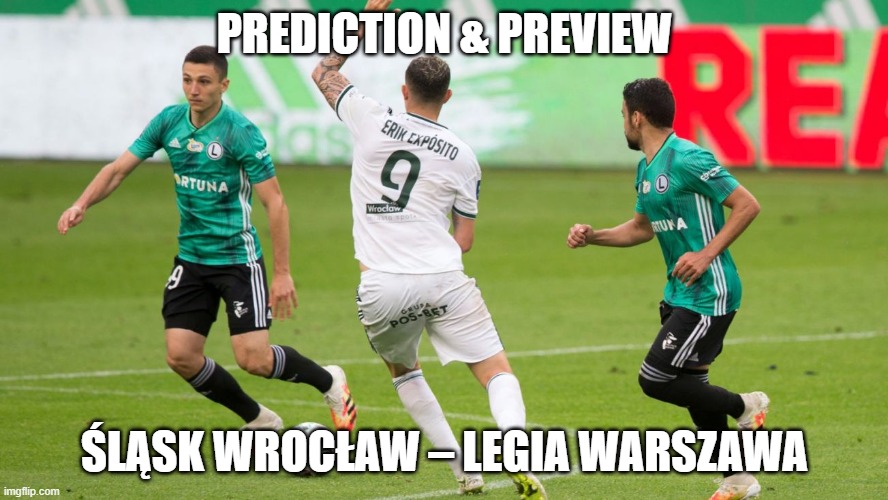 The last Saturday’s game in our Ekstraklasa will be the match between Śląska Wrocław and Legia Warszawa. This meeting promises to be very interesting for various reasons.

The coach of Śląsk Wrocław is Jacek Magiera, a character who needs no introduction at Łazienkowska – he was in Legia as a footballer and coach. We cannot forget about the most important one – we are talking about a person who left her mark in Silesia. Anyway, it is enough to look at the table – the Wrocław players have not yet suffered a defeat in the league. On the other hand, we had as many as four draws (only 6 rounds behind us).

Legia has already lost two matches in the league and in addition their two matches have been postponed – as you probably all know, it was about the hardships of the cup eliminations. It can also be said that this help was useful because we will see Legia in the Europa League. Of course, we cannot forget about the role of Czesław Michniewicz – Michniewicz is a coach who enjoys a very good reputation and you should absolutely not be surprised. We must also remember that Legia will play against Spartak Moscow on Wednesday. Nevertheless, he would not expect to save his strength for this match – the Europa League is important, but the national league is also important. At some point, you have to be able to divide your forces into both.

It is difficult to predict how this match will turn out, and there is no point in thinking about a winner or a potential draw. The goals are different, in fact not too many of them. I believe that Legia will not strive for us to be able to talk about the fast-paced game. I also do not think that coach Magiera boldly attacked Legia. However, even if that happened, let’s remember that we are talking about the best team in the country.