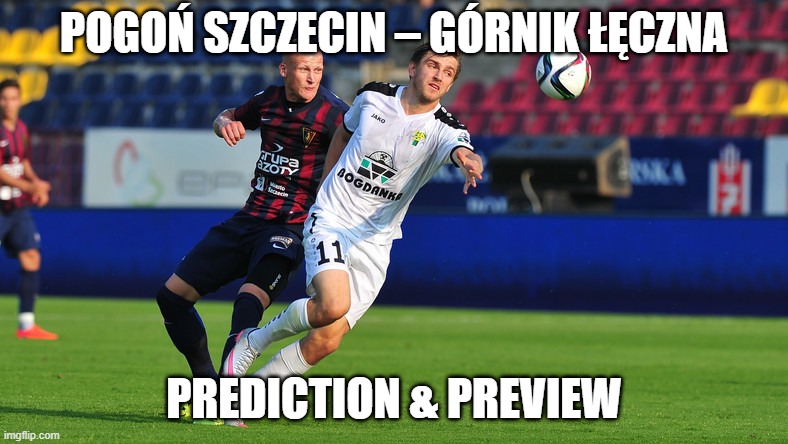 On Sunday at 15:00 Pogoń Szczecin will host Górnik Łęczna at its own stadium. The hosts are the clear favorite of this match and there is absolutely no wonder.

In recent years, the dominant view (rather correct) is that the Polish league is extremely even. Or is it simply that anyone can win against anyone. It is worth asking yourself, can you still say the same? Of course, relatively few matches are behind us, but Górnik Łęczna has only one victory in nine clashes. It’s hard to talk about a coincidence. Some may also say that it was not so bad with Legia (and this is true), but then we had 4-0 with Lechia at home. One can get the impression that the team from Łęczna does not fit into the highest league in Poland.

Of course, this does not mean that Pogoń can be sure of victory – it is enough to recall the recent embarrassment in the Polish Cup (KKS Kalisz won with Pogoń 2: 1). On the other hand, the team reacted well to this embarrassing defeat – winning at the Wisła Kraków stadium is not an easy task. In addition, we can talk about breaking – the defeat in the cup was preceded by three draws. On the ugly side, Chase has a great rival to follow. I also believe the Chase will follow the blow, but I’m not going to focus on the result.

Since Górnik Łęczna has huge problems with the defense, it can be assumed that Pogoń will create a lot of opportunities. The advantage can translate into goals as well as various. You might say corners are a lottery, but in fact the situation is similar to predicting a winner – even the best analysis does not guarantee success.

However, let’s leave it alone – I think Pogoń will have a big advantage, which will translate into at least seven corners.