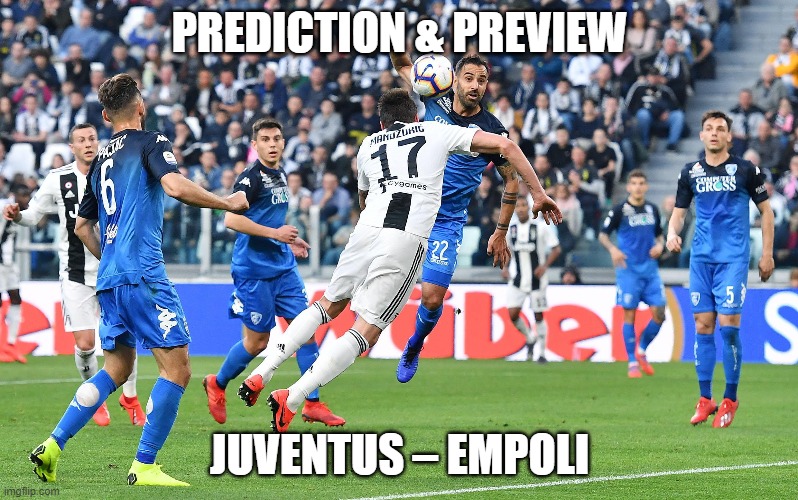 Juventus seemed to start the new season with a victory, but the ball is unpredictable. Nevertheless, it must be admitted that the draw with Udinese is the result of Wojciech Szczęsny’s game. On the other hand, on Saturday at 20:45 there is a chance for rehabilitation – very good, because Empoli is coming to Turin.

Now it should be done

There can be only one favorite of this match – after all, we are talking about one of the three newcomers. With this in mind, predicting the winner of the match is not very profitable (I do not believe in sensation) and it is worth considering goals.

Juventus is a team that guarantees great quality – there is no need to convince anyone of that. In addition, we can talk about a huge irritation – last season should be described as fatal. You can also add the game against Udinese – a draw is one thing, and squandering a two-goal lead is another. It is also important that there is still some time to start the Champions League – at this point you can only focus on the league. In short, the hosts should achieve a convincing victory.

It is also worth referring to Empoli – this team started the season with a home defeat and with not just anyone, because Lazio. Nevertheless, it should be noted that the beginning of the clash had an unexpected course, as Empoli took the lead. The Romans, however, quickly regained control of the game and by the halftime we had 3: 1 for Lazio. The meeting ended with the same result.

I believe Juventus is the best pick with a 0-2 handicap. The handicap is high, but the Turin stars have to show their power in the end. If Empoli does not score anything (it is hard to expect a repeat from last week), the event is very likely. Even if something should happen, let’s agree that 4 goals against Empoli at home is not an impossible task.