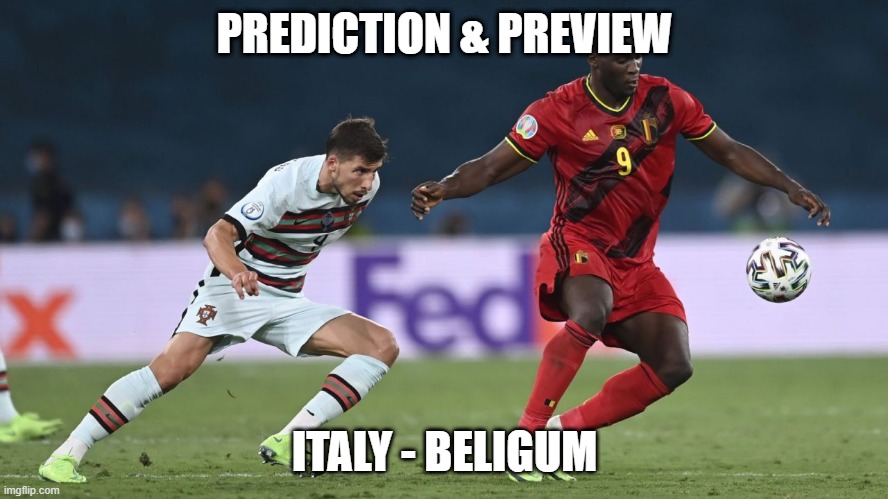 The League of Nations is a game that lacks history, but history is not everything – great emotions are also important. Will we witness a fascinating competition in the match for the third place?

The Italians did not become the hosts to fight for the lowest step of the podium – we can talk about a considerable disappointment (in addition, the defeat with Spain meant the first loss in 37 matches). The Belgians are also quite disappointing – in yesterday’s semi-finals they were 2-0 with France, but the last half hour belonged to their rivals – 3 goals and a win.

What does this mean in the context of the fight for the lowest step of the podium? It is difficult to predict the exact course of the match, but I think Italy should be motivated. First of all, we are talking about the winners of the last European championships – this obliges. In addition, we had a very long unbeaten streak. Of course, you cannot forget that the Italians play at home – the cheering of their own fans can help a lot. Naturally, we can also talk about a chance to reward what happened in the semi-finals.

The Belgians have the right to be devastated after the semi-finals, but remember that we are talking about a team that has many qualities. It is also worth noting that in the case of the Belgian national team, there is talk of a talented generation that did not win much – the only thing that can be taken into account is the third place at the last world championship. The League of Nations is a new competition, but it’s always nice to be on the podium, isn’t it? I do not think the Belgians were taking this meeting lightly. In addition, there is a chance for a rematch for the quarter-finals of the European Championship.

Both teams should not run out of motivation and both have their problems – I like BTTS.