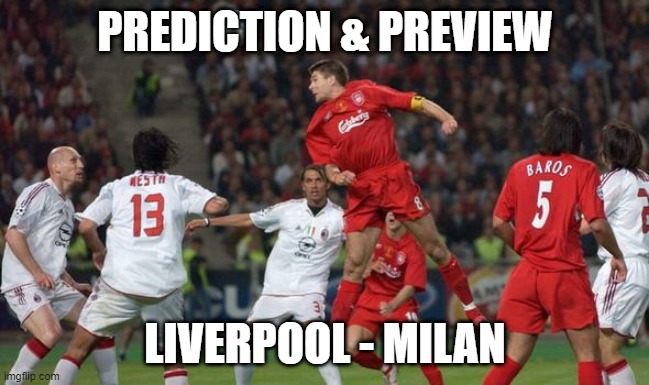 This week the Champions League starts and as you can guess, there will be many interesting duels in the first round. A great example is what will happen in Liverpool – the hosts will host Milan at their stadium. Milan returning to the Champions League after seven years.

What can we expect?

Probably many people ask themselves what to expect from the Italian band? Of course, it is difficult to talk about the details, but I think one thing is certain – I mean interesting shows. Milan is not the team that will show up and think about disruptions. Anyway, it is enough to pay attention to the beginning of the season in the Italian league – three wins and 9 points. Of course, it is also impossible to forget who will be waiting on the other side. Liverpool is a team that could enjoy their Champions League victory relatively recently. Nevertheless, we can talk about slightly different times right now – I don’t think Liverpool will be fighting for the final triumph. Of course, this does not mean that the guests are faced with an easy task. You could even say on the contrary, Liverpool are the favorite. It is also worth noting that the English team (like Milan) started the national competition very well – 10 points in four matches. Only one goal conceded is also noticeable. On the other hand, you have to remember that this is still only the beginning of the season. Plus, the Champions League is a completely different story. A story that will start with a match with a famous rival that we have not seen for a long time among the best European clubs.

I think that predicting the winner of this game is not as easy as the bookmakers suggest. I also think that the best tip for this game is +2.5 goals and both teams will score at least one goal. Odds 1.95 (STS)