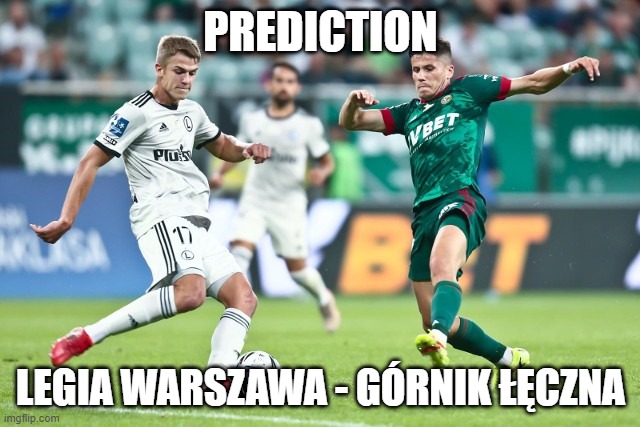 On Sunday at 17:30, Legia Warszawa will host Górnik Łęczna at its own stadium. However it sounds, there will be a clash between two teams in the relegation zone. Nevertheless, we must remember that Legia did not start the season well, but has two matches behind schedule.

The hosts are obviously the favorites of this match and in my opinion they shouldn’t have any problems with scoring three points. Górnik Łęczna won only one game this season – in the last round with Wisła Płock. Interestingly, it was a match during which we managed to make up for the two-goal loss. The circumstances are impressive, but we cannot forget about what has happened since the beginning of the season – the team from Łęczna has a lot of problems. It can also be assumed that this is a team for which it will be very difficult to stay in Ekstraklasa.

Of course, this does not mean that the guests have no chance – Legia has mishaps with much weaker teams. Nevertheless, we must also remember something else – Czesław Michniewicz’s players have three defeats on their account – taking only 5 matches into account, that’s a lot. On the other hand, in recent years Legia is a team that can always (sooner or later) pull themselves together. It is also worth noting that Legia lost 5 goals, of which Radomiak scored 3 – the defense works well. It cannot be forgotten that Legia won a valuable victory over Spartak Moscow on Wednesday – this victory will certainly boost the team’s morale.

Legia should win and they should do so in a convincing style. It does not even change the fact that the line-up is unknown (we can expect changes in relation to the match with Spartak).