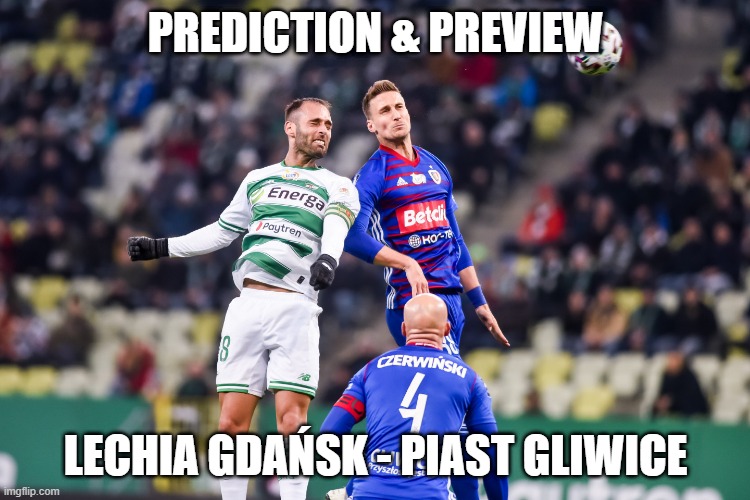 The last Saturday match in our league is the match in Gdańsk, where the local Lechia will play Piast. What can you expect from this meeting?

The odds for this match are even and this is absolutely not something that should come as a surprise. Anyway, just look at the table – both teams have played 7 matches and have 10 points. Personally, I do not choose a winner or a draw – a lot can happen. Nevertheless, there is something that seems very likely to me – plenty of chances on both sides.

Let’s consider the hosts first – the last 2 matches are drawn 2: 2. In addition, in both cases we had a two-goal lead that was not retained. After all, it is something that is difficult to assess unequivocally. Nevertheless, this fact may be useful in typing. It is also worth looking at the last matches between these teams – it is clear that Lechia is doing rather well at their own stadium. Of course, one cannot forget that the coach in Gdańsk has changed – Tomasz Kaczmarek has replaced Piotr Stokowiec.

On the other hand, there is Piast Gliwice, a team that has been among the national leaders in recent seasons. It is largely due to Waldemar Fornalik – this coach shows that he can extract the potential from non-obvious players. It is also important that Piast has recently lost at home to Zagłębie by a goal in added time in the second half. It can be assumed that the players will go to the match with Lechia twice as motivated. Anyway, we are talking about players who played in Zabrze Górnik not so long ago. Even earlier, we had a match with Wisła Płock at home, which ended with a 4: 3 win. There are definitely some drawbacks, but the same can be said about Saturday’s rival.

I believe that both teams will score at least one goal with the best tip. Odds 1.85 (SUPERBET)