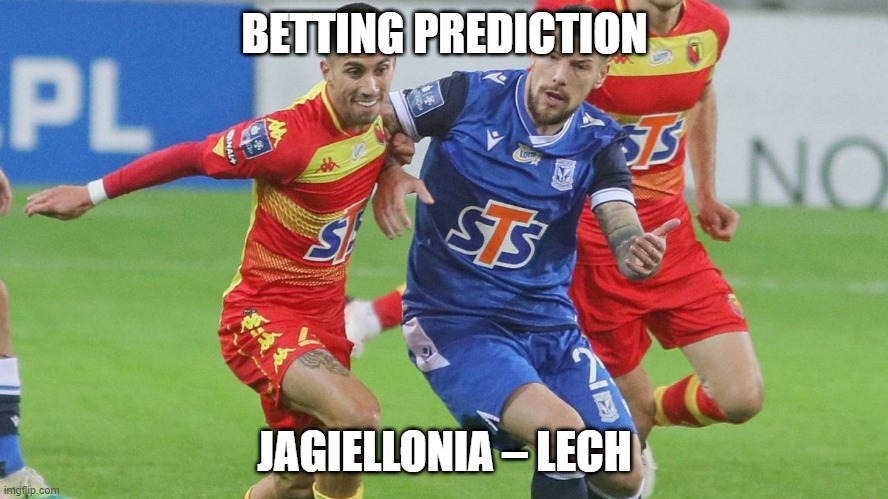 The second Friday match in our Ekstraklasa is a duel between teams from opposite poles – Jagiellonia Białystok is taking on Lech Poznań at its own stadium. Lech is the leader, while Jagiellonia is at the bottom. The table does not show it, but it is about a team that did not win six games in a row.

Jagiellonia is struggling with a huge crisis and it is difficult to hope that this crisis will be resolved in the next match. In general, the hosts are a team that is difficult to define – it is not known what is to be played. Nevertheless, the inhabitants of Białystok can create situations, only that there is a problem with using them. Added to this is a disastrous defense game and dubious quality coach experiments. The six matches in a row without a win consist of five matches in the league – at home with Górnik Zabrze and Stal, and away with Cracovia, Warta and Wisła Płock. None of these teams come close to the top of the league. The sixth match is yesterday’s match in the Polish Cup with Lechia Gdańsk – there were some chances, but it ended with a 3-1 defeat.

On the other hand, Lech is a team that maybe not everything is going well, but certainly a lot. Anyway, it is enough to take into account the last game against Wisła Kraków – the result of 5: 0 is impressive. Moreover, it is worth remembering that Wisła Kraków is not one of the weakest teams in the league. Of course, we cannot forget about other matches – the first position in the table and no defeat at the moment. In fact, the only downside for Lech is history – the last victory in Białystok took place over 8 years ago. It must also be clearly stated that the significance of history is debatable – what counts is here and now.